Artist Kevin L. Pee-ace was born in Kelvington, Saskatchewan and is a member of the Yellowquill First Nation.  Kevin’s exposure to art happened at an early age.  He recalled seeing the drawings and paintings done by his uncle, Jerry Whitehead, who would later become instrumental in helping to launch his career.  Upon graduating from high school in 1991, Kevin went on to complete a Fine Arts Studio diploma program from UCFV – Abbottsford, British Columbia.  During the mid- to late-nineties, he explored various programs in the fields of Art History, Archaeology, Anthropology and Native Studies at the University of Saskatchewan in Saskatoon, Saskatchewan.

Kevin’s current works, often depicting mother and child with floral motifs, emphasize the importance of family, tradition and respect for his culture and heritage.

Through his style of painting, Kevin has been able to do collaborative mural projects with various schools throughout Saskatchewan.  He has also participated in the Northern Saskatchewan International Children’s Festival the past couple of years where he has showcased in the First Peoples Village.  The success of the “floral-children” style recently captured second place in the Annual Peace Hills Art Contest for 2003.

Artist Statement:    “These paintings are a tribute to my mother who was my guide, my grandmother for her strength in cultural beliefs, and my children for the inspiration they give me.” 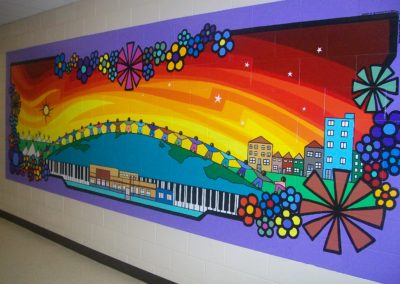 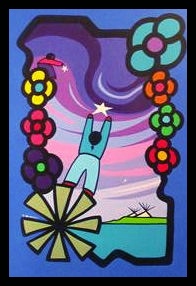 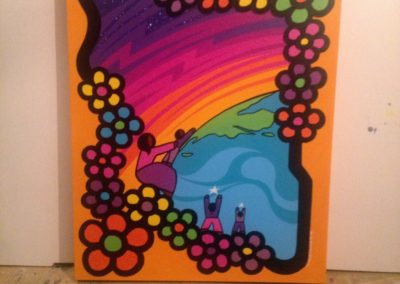 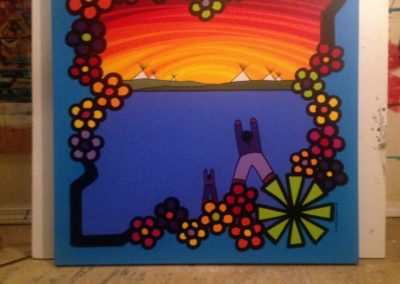 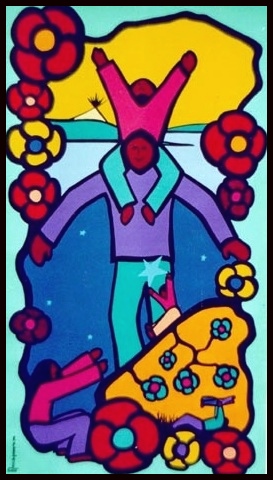 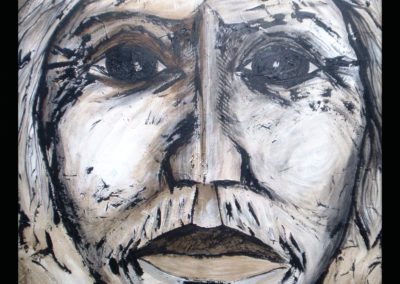 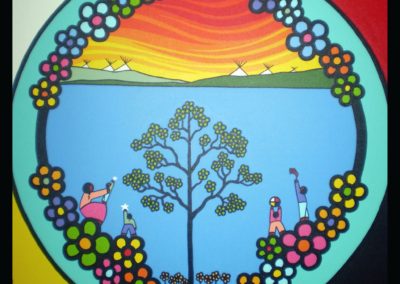 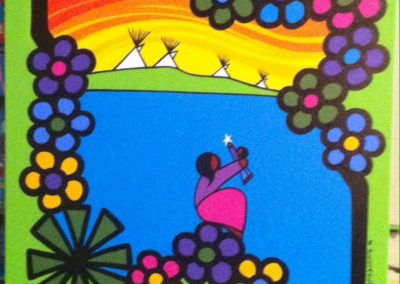 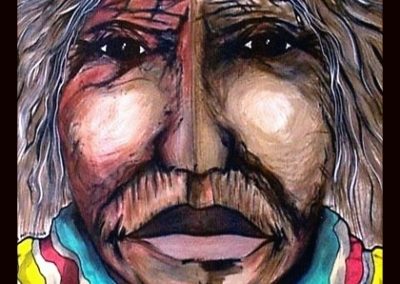 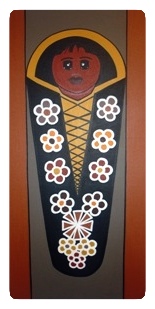 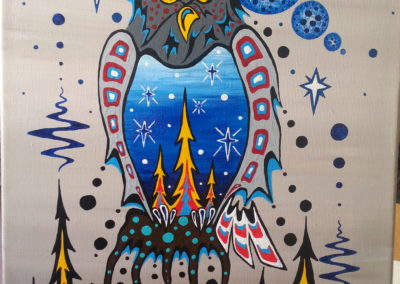 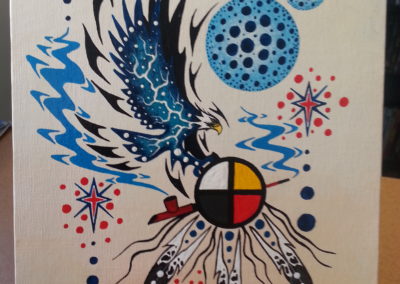 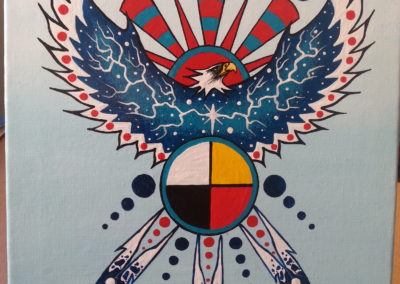 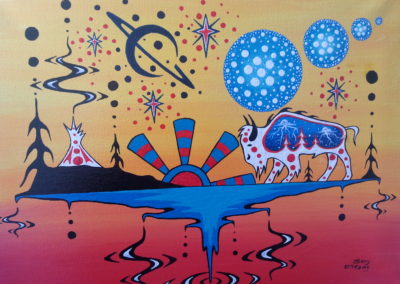